According to the Nielsen Report, OOH Ads have been successful in achieving high levels of engagement.

When the world and the leading business are busy grabbing the online marketing prospects with their own marketing strategies, the Nielsen reports something different that would enhance the importance of offline or local marketing strategies. The studies clearly show the enriching impression of out of home advertising over the adult consumers of all types of services and products. As per the report by Nielsen, more than 83 percent of viewers paid greater attention towards the Out-of-Home Advertisements or messages with Billboard leading the overall trend.

Though no local businesses can overlook the impact of roadside billboard ads as the onlookers are largely attracted towards them due to the unique concept of colors and messages. The latest Nielsen report reveals that more than 90% of the travelers in the USA are very attentive towards the billboard ads. Though these billboard ads contain information on a wide spectrum of services and offers, the ones in the field of education and travel. It is good to mention that 90% of viewers paid attention towards plain billboards whereas 60% of the viewers had access to the digital billboards. The forms of advertisements may be different, but one cannot ignore the success of billboards for local OOH advertisements.

The recent statistics related to OOH Ads have been highly encouraging as well. The viewers have been very successful in finding the services and products through these ads. The providers of these services or products also accept that their business has gone up by more than 23% as their clients have been successful in finding them online. Not only the common businesses, but these ads on billboards have been very encouraging for hoteliers, restaurants, theaters, and other services to a remarkable extent.

If you believe all the data and statistics, then you would love to know that more than 28% of responses have been received from the viewers of these OOH advertisements. You can easily assess the success of these OOH advertisements by the fact that more than 25% of the adult viewers reached their services providers following these ads and that gave rise to their business by more than 27% globally. Isn’t it unbelievable? This is not all as the restaurant owners and hoteliers also got a huge ROI as they got positive responses from around 20% of the OOH ad viewers.

The success of these advertisements has been accepted by some of the most successful marketing specialists. Nancy Fletcher, the CEO and President of OAAA (Outdoor Advertising Association of America) accepts the impact of engaging ads on the billboards. Expressing her idea on the successful billboards OOH Ads, she said, “We must accept the detailed study of Nielsen, and appreciate OOH as a powerful medium of advertisement media. The impact can be equally powerful for both online and offline OOH ads.” “The increasing number of responses to these ads clearly suggests that these ads are likely to go ahead and play a major role in making or breaking the business prospects of the companies globally.” She added.

In the opinion of Stephen Frietas, the Chief Marketing Officer of OAAA, “Increasing awareness of the digital media has brought a subtle change in the mind of the consumers. They are showing a greater amount of maturity towards determining their choice regarding various consumer products and services. The consumers of today are more attentive towards getting incentives while finding their services and products. Moreover, their willingness to get the incentives almost instantly.” He added, “Keeping the positive aspects of the OOH ads, there should not remain any doubts in the fact that they are ideal not only for propagating the business of the prospective businesses but also for bringing the best products and services to the consumers. Thanks should be given to the makers of the big roadside OOH ads that carry the messages and products to a large number of viewers every day.”

Nielsen took the responsibility of conducting the surveys to reveal the amazing prospects of OOH Ads. After 1006 online surveys between March 2 and March 9, 2016, the company came up with the report. The company made an extensive effort by screening people traveling on foot, by car or a bus, or even by a train or a taxi from all over the United States. The company included people, between 16 and 34 years of age, from all walks of life while conducting the screening. There should remain no doubt in the fact that the reports have a natural outcome that everyone must accept without slightest of hesitation.

Last but not least, the reports of Nielsen reveal that the participation of the people was overwhelming, as they showed their own interests towards this survey. The participants of the screening process, during the later portion of the survey, were happy to reveal that they viewed the OOH Ads on their Smartphones and other handheld devices. This has been another success story of the billboards as they have been successful in establishing an accessible reach through modern devices as well.

How to Measure Outdoor Advertising Campaign

Measuring the Performance of Outdoor Advertising So what do you think are the ways of measuring outdoor advertisement?

Top 15 Innovative Billboard Advertisements from across the World

“Creativity” in a traditional billboard advertisement!  Yes, that’s exactly what we are talking about. We know what you 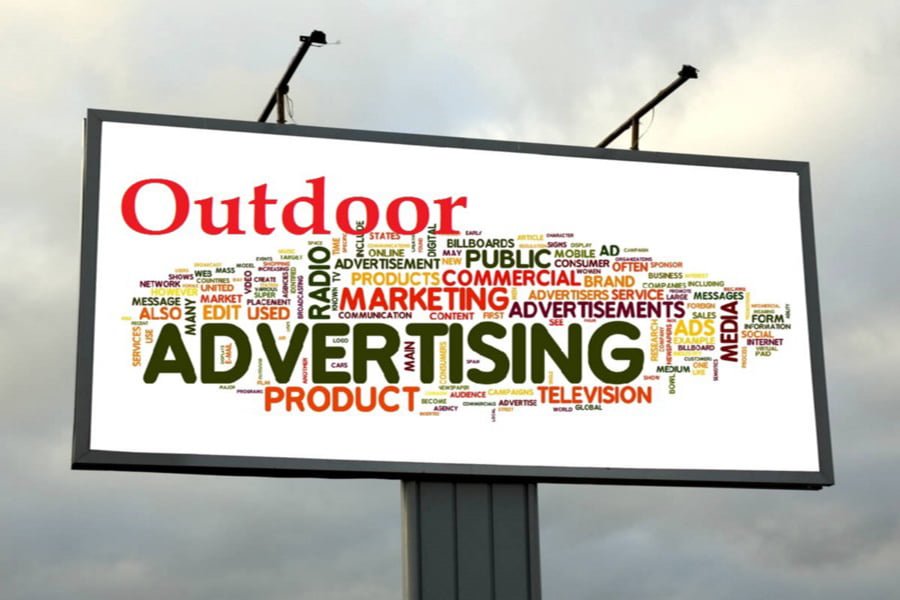 Did you know that the Indian millennials comprise around 65% of the total population of our country? As